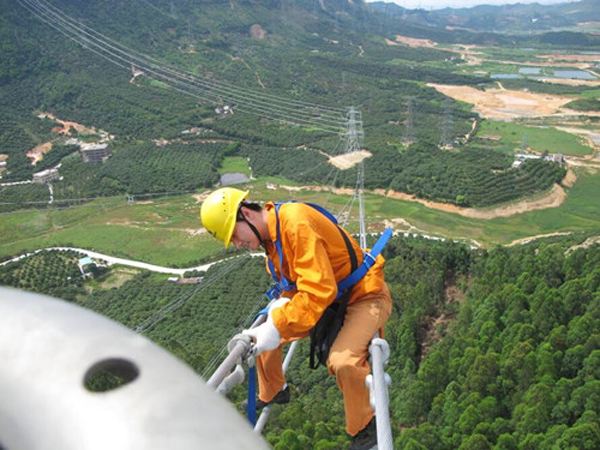 "It is a win-win situation for Yunnan province and the Guangxi Zhuang autonomous region to tie up with the Greater Bay Area. As both Yunnan and Guangxi have abundant water and wind resources to generate clean energy, and the Greater Bay Area has higher requirements for clean power projects, the projects will help foster economic growth in Guangxi and Yunnan," Zhang Yong said.

Earlier in March, the company said it will invest over 170 billion yuan to support grid construction in the Pearl River Delta, China's major economic hub covering Guangdong's capital city Guangzhou, Shenzhen and many other cities in South China.

Zhang Yan said one of the reasons why the company opted for multi-end UHVDC is to make power transmission more flexible.

"Usually power is transmitted in the region through the existing power transmission lines from Yunnan to Guangdong. But we designed another end in Guangxi, so that on days when there is lesser demand from the Greater Bay Area, the power can be transmitted to Guangxi, where there is huge demand," said Zhang Yan.

"Such measures help us to make full use of the capacity available for power transmission, as power cannot be stored or transmitted back," said Zhang Yan.